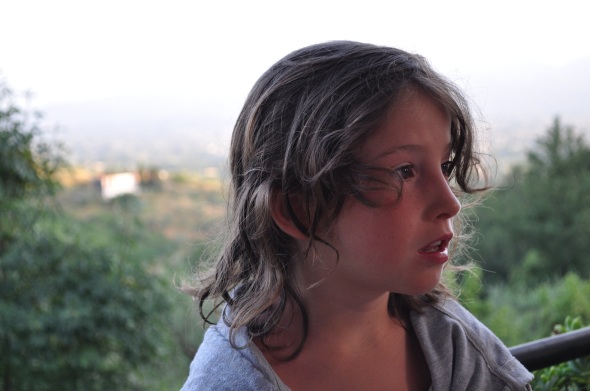 Without a doubt, being the middle child is difficult. Just try to imagine being the middle child in a loud, boisterous, large Italian family. Anna is seven years old and every day is a battle to be recognized and stand out among the crowd. Anna is not quite old enough to be a big help, like her older sister Vera. But she is also not young enough to be carried when her legs get tired, as we do with Lea and Folco. She is expected to behave, to clean up after herself, to set a good example, to know what to pack for a day at the pool, but she doesn’t yet have the ability to do this without guidance and supervision.

However, Anna has developed some incredible skills to avoid being lost in the shuffle. She is an acute observer and will immediately let you know if you have given her an unequal portion of nutella or a smaller piece of pizza than her sisters. She is also a chameleon, adapting her personality & creativity to fit the interests of whomever she is with. I have seen her flawlessly play the role of teacher, doctor, mother, and veterinarian when she is with her younger sister. But in the company of her older sister who has no interest in playing “pretend,” Anna is quick to jump on the Che Si Fa? – what are we going to do – bandwagon and seeks to be entertained. 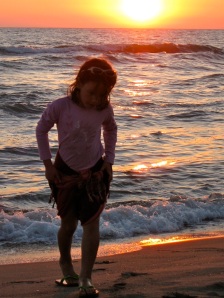 I see a difficult adolescence for Anna as she will inevitably have trouble trying to figure out who she truly is and who she wants to be. But I hope at some point she realizes that she has an incredible maternal instinct. Yes, I understand that this is odd to note about a 7-year old, but it is true. More than her sisters, Anna seeks to be a second mother to Folco. She carries him around, feeds him, tries to explain the “rules” to him, and tries to help him learn and discover his world. Anna is an absolute sweet-heart and a nurturer. She will tend to any scratch, rolled ankle, or stubbed toe with an amazing bedside manner, seeing to it that you are comfortable and have everything you need. It is for this reason that I call her l’Infermiera – the nurse. Anna would make an incredible nurse one day, but for now I hope she just continues to play pretend.