Photo of the Day – Bosniak Cemetary in Sarajevo 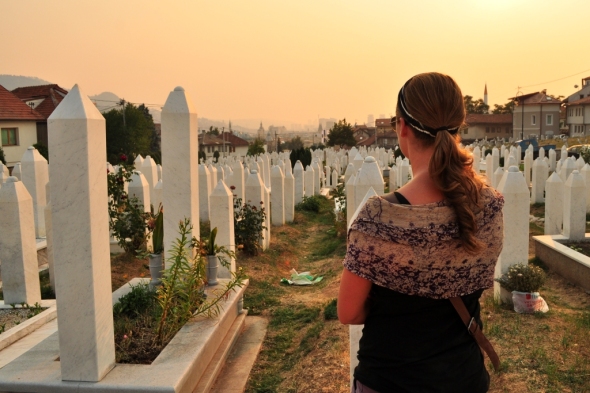 1,425 – number of days Sarajevo was under seige by Serbian forces wishing to create a Bosnian-Serb state

16.5 – number of years that have past since the Dayton Agreement which ended the war

Sarajevo is currently considered to be safe and has quite a thriving atmosphere. The city has tried hard to show the world that it is once again a place of multi-cultural acceptance and religious tolerance. But I can’t help but wonder how much pain and hatred remains in the hearts of its people. After what they endured, I can’t say that I blame them. They surely won’t forget, let’s hope nobody does, but can they truly forgive?