Go for a tramp in any forest on the North Island and you’ll likely see a number of plants which inspired the Koru, a Maori word meaning “loop.”  The Koru’s form is based on the shape of a new frond of the Silver Fern which slowly uncoils itself as it matures, just one of the spectacular beauties of Mother Nature in this country.

Simply put, the Koru is a spiral, an integral symbol in Maori art and design.  It represents new beginnings, harmony, and growth. Its shape conveys the idea that life is in perpetual movement while always staying close to the point of origin, an idea that hits pretty close to home for this wanderer. 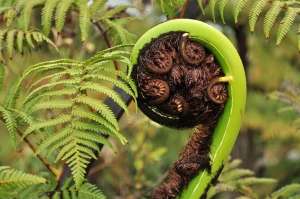 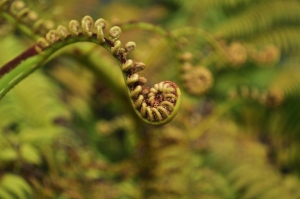 Mean – Kiwi slang for something good

A lot of the Kiwi Slang is pretty easy to pick up just based on context; while the Kiwi use of “mean” was pretty intuitive, I found it extremely difficult to explain to my non-native English speaking boyfriend who had grown accustomed to me saying “Nice!”  Though Eugenio’s Italian-English dictionary told him that “nice” and “mean” are opposites, little did he know that they’re synonyms when used as slang.

Yes, that’s correct – “Mean!” to a Kiwi is like “Nice!” to an American. It’s a positive adjective used to mean cool, awesome, or fan-freaking-tastic.  And just like our tendency to draw out the vowel to add emphasis (niiiiiiiiice), Kiwis also lengthen the word to convey their level of enthusiasm – “meeeeeeeeeeeeeaaaaaaaan!”

So just a heads up to friends and family back in the States, when you hear Eugenio say “Mean” what he really means is “Nice.”

Kiwi Word of the Day #11 – Taumatawhakatangihangakoauauotamateaturipukakapikimaungahoronukupokaiwhenuakitanatahu

In Maori culture, places are named based on events of historical or mythological significance which creates some incredibly long names. In fact, it is on the east coast of New Zealand’s north island where you can find the world’s longest place name: 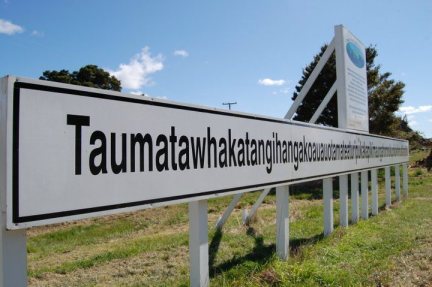 Tamatea was a strong warrior and famous chief in his time. After losing his brother in a battle, he climbed to the top of a hill and played a lament on a Koauau, a Maori flute. The name of the hill was given based on this event.

Taumatawhakatangihangakoauauotamateaturipukakapikimaungahoronukupokaiwhenuakitanatahu can be loosely translated as “The hilltop where Tamatea with big knees, conqueror of mountains, eater of land, traveller over land and sea, played his koauau to his beloved.”

Side note: the locals simply call it “Taumata”

We’ve been getting pretty crap weather over the past month, which I’ve come to understand is anything but normal during an Otago summer. On a rare, blissfully sunny morning a few weeks ago, I had the following conversation:

Katie: it’s nice to finally have a break from the rain.  What are your plans for the day?

Tim: I was thinking about going for a tramp.  You interested?

Rest assured Mom & Dad, you don’t need to worry about the recreational activities of my new Kiwi friends. To be honest, I’ve been tramping around both the North and the South Island for over 6 months. 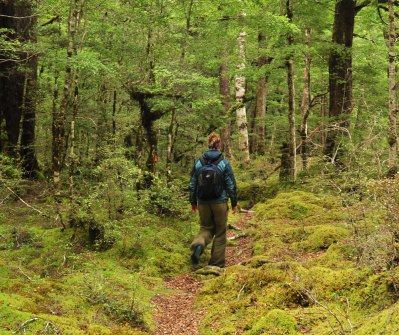 Tramp – Kiwi for “hike” or “trek”; can be used as a noun or verb, and neither implies promiscuity

In New Zealand, whenever you hear the words “Hokey Pokey” (actually quite frequently), odds are that nobody’s dancing. Come to think of it, I’m not sure if the Kiwis even know “what it’s all about.”

Hokey Pokey – also known as honeycomb toffee, frequently found in chocolate bars and as its own ice cream flavor.

Upon arrival in New Zealand, my first order of business was to rid myself of my caffeine addiction.  My reasons for doing so were simple: 1) at an average price of $4.50, it was no longer a habit I could afford and, 2) after 2+ years living in Italy, I had simply become a snob and assumed (rightly so) that Kiwi Coffee couldn’t meet my unreasonably high expectations.

Note to readers: if you are interested in decreasing your caffeine consumption, and you’re used to 5+ shots of espresso per day, I do not recommend quitting cold turkey unless you are prepared to be a complete monster. Consider giving those you love advanced notice of your intent to quit, and it might be wise call in sick for a few days. Actually, don’t plan on leaving the house at all. You’re in no shape to be seen by the public.

Anyway, after a week of constant headaches, unbearable mornings, ridiculous irritability and the incredible desire for naptime, I could finally say I was no longer an addict!! But every so often when I have a rough morning, I do splurge.

It was on the first morning splurge that I encountered a new menu item, and it took a while to understand exactly what it is: the flat white. 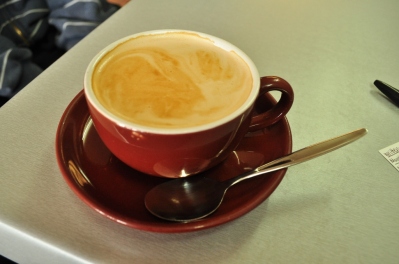 Found on every menu of every café or coffee stand in the country, a flat white is different than both a cappuccino and a latte. The Kiwi Cappuccino, and the American cappuccino for that matter, has a ton of foam.  It’s a shot of espresso, a bit of steamed milk, and a massive amount of that fluffy, frothy, foam. So much that if you were to drop a sugar cube in your cappuccino, there would be a hole in your foam. Any Italian could tell you that this is not a proper cappuccino; how it devolved I have no idea, but I have never enjoyed this interpretation of a cappuccino. The bubbles just get lodged in your throat.

A flat white is also different than a latte, which actually doesn’t exist in Italy. Latte simply means “milk,” so if you order one, you’ll get a big glass of warm milk. But in the Anglo-Saxon world, a latte is a shot of espresso which is then filled to the top with steamed milk, and it might have a dollop of foam on the top, just to be fancy.

The flat white is a bit more complicated, for it takes into consideration the type of foam. None of this bubbly, airy cappuccino foam…no no no.  The Flat White is all about silky foam – much smoother and creamier than the frothy stuff. I’ve been instructed that technically, a flat white is one part espresso, one part steamed milk and one part silky foam. It is the closest thing I’ve found to a true Italian cappuccino.

Now if I could only get the Kiwis to stop scalding the milk and burning the espresso, I would be in heaven…and I would likely become an addict once again! 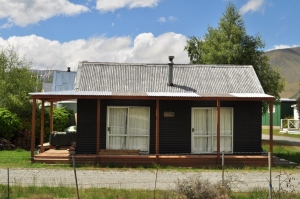 My understanding is that Jeggings are simply leggings that have been made to resemble a pair of jeans.  If that is the case, then what on earth are Jandals?!?!?!? 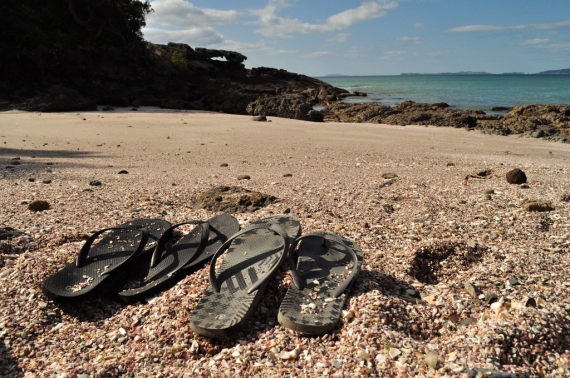 If you go to a dairy and come back with a hot pie, a coca-cola, and a pack of gum, you must be in New Zealand.

Dairy: a convenience store, open early and closes late. A staple of any neighborhood or small town in New Zealand. Some might even sell dairy products! 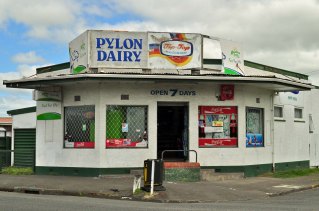 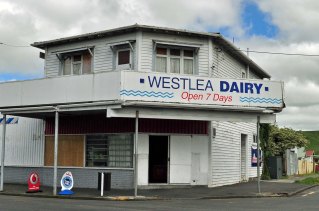